The Culture Within Your Organization

Tribute To My Grandfather

I posted a tribute on Facebook to my Grandfather in celebration of his birthday.  The journey around that story is what I would like to share with you now.  My hope is that if you have someone in your life or if you are struggling with addiction in any way shape or form my journey will help to give you hope and shed clarity on what you can accomplish .

I have told my story many times but it still amazes me how few have heard it.  Every time I tell the story it is just like it was for the first time.  I cry every time in the telling.

I got sober as a senior at Brighton High School in 1985. It was the first of two attempts.  By the fall of my senior year, I had already missed a ridiculous number of days of classes at school.  I found getting drunk and high was far more fun than the going to any high school classes.

I freaked out one day when my friend, Larry, was sent to rehab. Rehab Larry???  I smoked more weed in a day than he did in a week. I thought to myself ”holy crap, how big is my problem?”  Long story short, I had an evaluation done and was

sent to an inpatient facility in Minnesota.  When I returned home I went to AA Meetings and events.  I subsequently graduated from Brighton High School ranking 317 out of 321 students.

After graduation I continued to go to outpatient rehab, AA Meetings and events. However, I felt like I never really fit in anywhere.  I attended MCC until I learned they didn’t take attendance and soon dropped out with failing grades.  I then worked at a gas station part time.  Yeah, yeah , I know a fricken overachiever.

When you take away alcohol and change nothing else about your life, sobriety sucks!!!  Alcohol and getting high made me feel more comfortable.  It helped me to feel that I fit in.  Now gone, yuck…not good.  I drank and got high because it made me feel good.  It made me feel more accepted.  It was just that simple.  Without it there was constant chatter in my head about being different.  With it the voices were calm.

I was quickly asked to leave my home, “tough love” was practiced.  I bounced around from friend to friend but never really found my way.  I’m not sure why I stayed sober or the better question being how I stayed sober since I had stopped going to meetings.

To sum things up..  I had no real job, no real place to live, no money, few remaining friends, one arrest and a conviction while sober.  I was living on a friend’s couch in his family’s basement.  My family filed for emancipation. I was falling again and quickly.

I stayed sober for two and a half years.  However, the moment I took that first drink and got high again I lost compete control.  Frankly, I never had control.  I went out drinking and getting high again for about nine months.

Here is what happened during that time.  I had multiple arrests: one felony, three separate jail times, sentenced to five years probation, and charged with a probation violation.  I stole from my family and friends.  I then had a second felony arrest.  I was now facing 10 ½  to 15 years in prison.  Remember almost four of those nine months were spent in jail.  It all happened quickly, like really quickly.

The first time I was arrested and sent to jail, it was an awakening.  They let me out but I changed nothing.  I have never

I was now drinking and getting high not just to fit in but really to escape.  During this time I had no motivation, no inspiration,

and suffered from a total lack of control over my life.  When I violated my probation by not paying restitution and not going to see my PO they put me in jail.   It was just what I needed.  I got three meals a day, lots of sleep, daily showers, and regular workouts.  Yes, it sucked but it actually sucked less than the life I had been living.  It was during this second trip to jail for a 90-day sentence that I met Danny D.

My family was practicing hard core “Tough Love” and at this point we had little contact except when I needed something. I was not part of family dinners or events much. I was however invited to attend my grandfather’s 80th birthday party and was looking forward to it.

On the days leading to his party, I went on my third trip to jail, I was not sure how long I would be in.  I was facing 10 ½ to 15 years.  That was the first offer from the assistant district attorney.  I was given the opportunity to get out on bail, pending trial,  but nobody would make that happen for me.  I called home and was told I was calling the wrong place.  My friends had nothing to put up for collateral and most were even afraid to come near a jail.

I went to sleep at night after reading the book of John and saying a prayer asking that my grandfather would live long enough to see me do something positive with my life.

The very next morning, Danny D. was moved to my floor while he was serving the remainder of a one-year sentence for a DWI.  He was supposed to stay in general population and not even be on the same floor as those awaiting trial.  There was no reason for him to be there other than the will of a higher power.  Yep,  I truly believe God put him there.

Danny had been in and out of jail his entire life. He had a great relationship with a bail bondsman.  My friends could do nothing

but with Danny’s connection I was released on my own recognizance in just a few days.  I moved into Danny’s mother’s house and stayed there for a few weeks.

I suggested treatment to my PO.  The only place that would take

a person in my situation was a place called Daybreak ATF.  It was the last house on the block for me.  My PO told me I would never make it there.  I was a snotty nose white boy from the “burbs” and I would never fit in with the street environment at daybreak.  But I knew if I could get myself into treatment I could do something with my life.

Daybreak ATF was not taking new clients but they always have an opening in their detox center.  Detox centers are where they put drunks found on the streets with no place to go.  So I called Daybreak.  I told them that they would find me in the morning on their steps drunk and to “Please let me in.”  They told me that I didn’t need to do that and I stayed sober, showed up on those steps the next day and they let me in.

I stayed for 60 days of inpatient, then six months of living in a halfway house while going to outpatient support, followed by two years in a supportive living apartment and continuing with outpatient support.  I collected social services the entire time. I went to, at least, one AA meeting a day.  With lots of introspective work in meetings and with a sponsor, going back to school and getting my associate’s degree, building some amazing relationships, getting my loving family back, I really started to enjoy life.

Two and a half years had passed since my bail was posted.  I had exhausted every delaying tactic in the book and now the court wanted me in.  I had delayed it long enough and I needed to enter a plea. With a second time felony conviction, a plea of guilty would result in a minimum of one year in jail. How could I go back to jail after all this hard work. There was no reason to fight the case. I had done the crime.  On the advice of counsel I entered a plea of guilty.  I have never been able to repeat the next words without crying..ever!!

Judge: “ while I understand you would like to enter a plea of guilty for the charges we are considering today, the person standing in front of me is clearly not the same person that committed these crimes.  Therefore I cannot hold you accountable”.

My grandfather got to see that happen as well as many other wonderful things in my life.  He got to see me make friends, mend my family relationships, get an education, start a business and see me leading a happy life.

It wasn’t the pain of being where I was in life.  It wasn’t any other losses.  It was the idea of me not being alright in the eyes of the least judgmental man on this planet.  My grandfather was a man filled with unconditional love for me. Sadly, we all have our bottom and need to fall there before positive decisions and resulting change can happen.

To this day, I can go to the ocean, look out over the vast abundance of sea and speak to him as if he is standing right in front of me.  There is no guard up, no walls, just pure vulnerability, no bullshit, no drama just a sincere check in on how everything is going.

After 28 years of sobriety, I have never once wanted to have another drink and I have never wanted to get high.  After making the decision to have a better life, these are no longer options.  What I want each and everyday is to be clear how to make the most of my life and to take advantage of the many possibilities that come way.
THAT’S WHAT KEEPS ME GOING……. 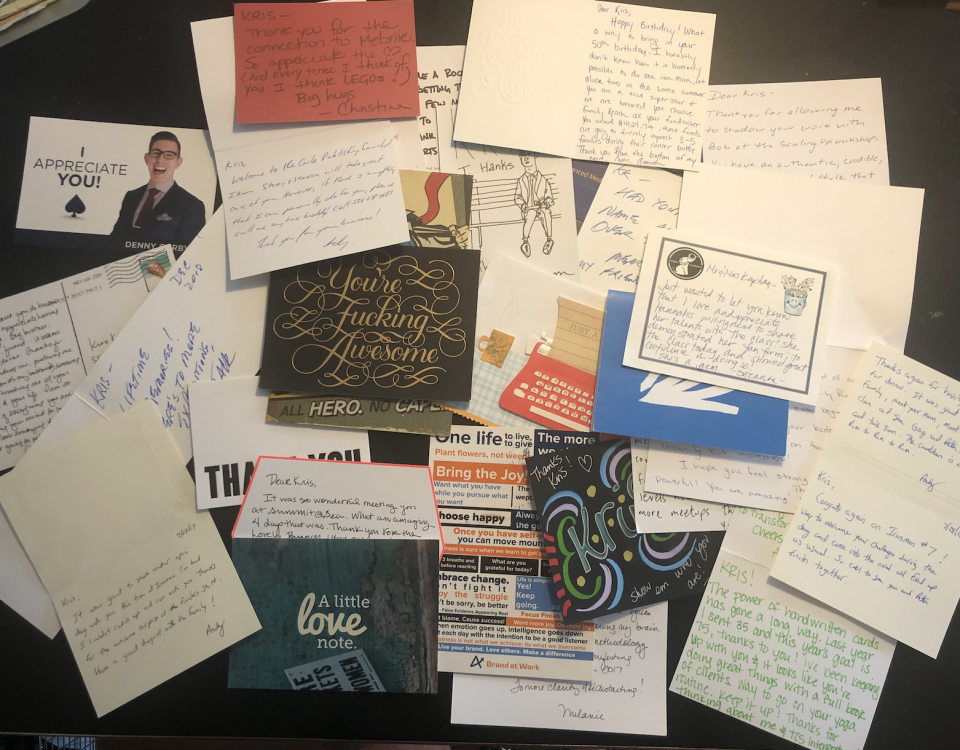 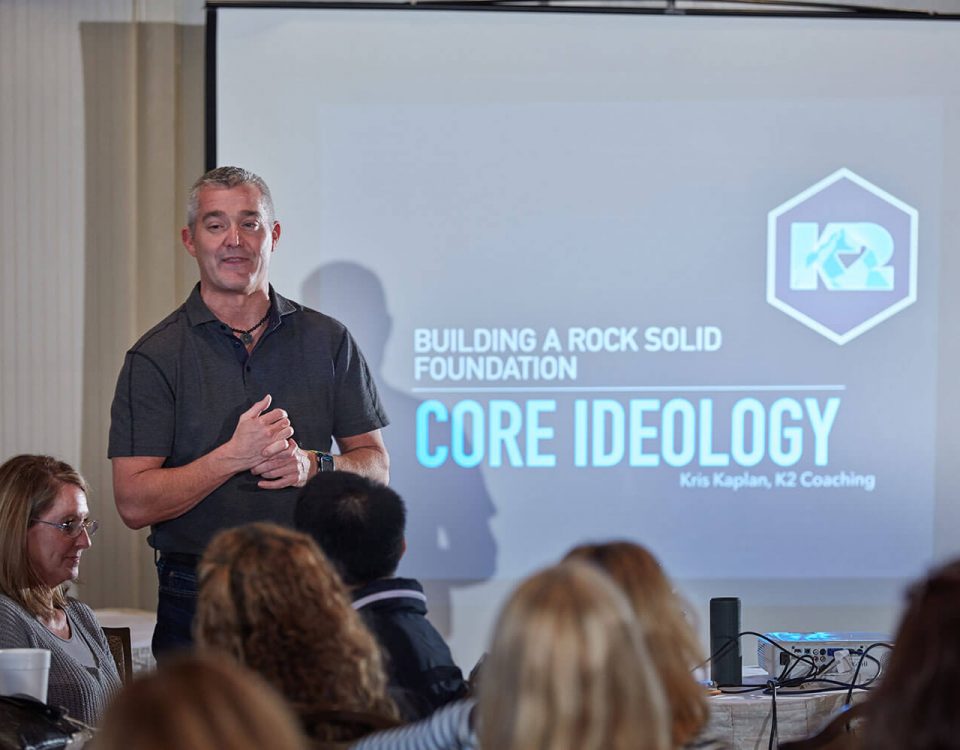 The Culture Within Your Organization